The queen's gambit finally paid off. 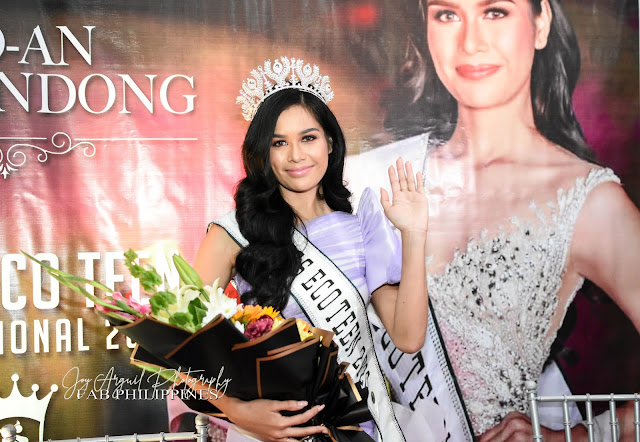 At a crucial time when  most major local pageants have been forced to reevaluate their priorities or even set aside their long-drawn plans, the Miss World Philippines organization has been fortunate to have been blessed with the chance to explore new worlds, seek new challenges and boldly go where no woman has gone before. 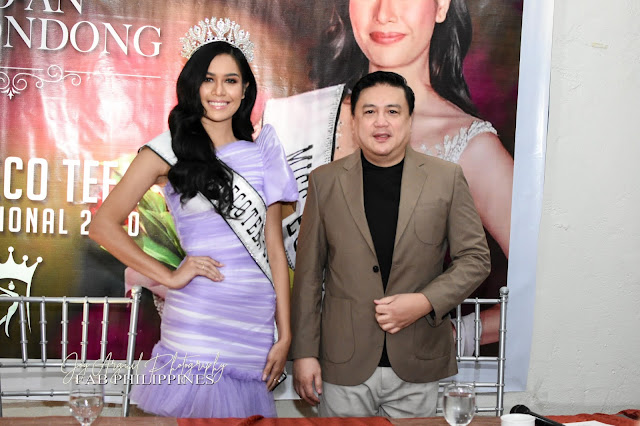 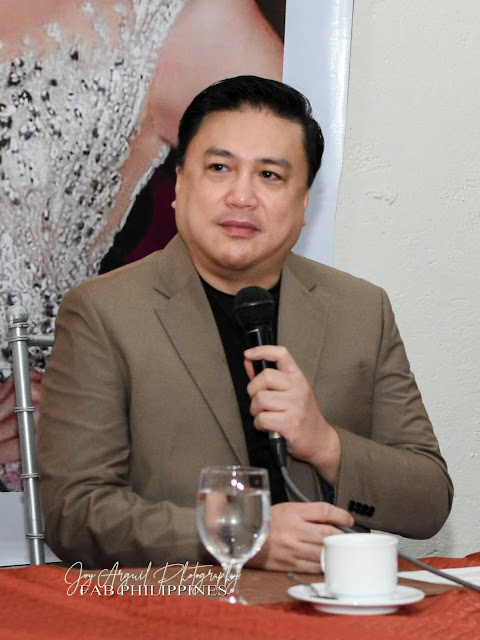 With barely enough time to make adequate preparations, the MWP took quite a gamble by appointing a fresh new face as its official entry to the 2020 Miss Eco Teen International pageant -- the teen edition of the five-year old Miss Eco International competition founded by Dr. Amaal Rezk. 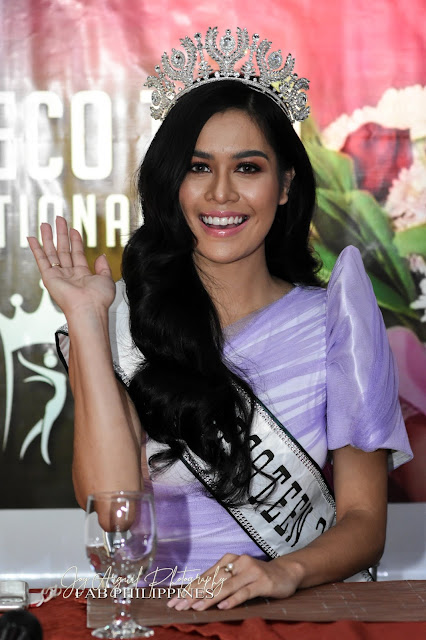 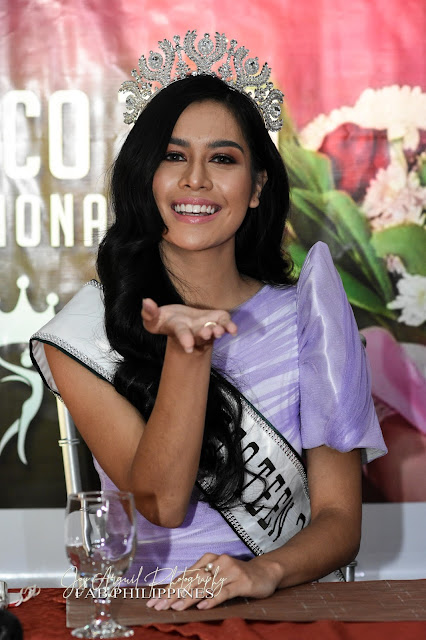 Call it luck, call it fate. from her swift anointment onwards, 18-year old Roberta Angela "Ro-An' Tamondong seems to have been destined for pageant royalty. 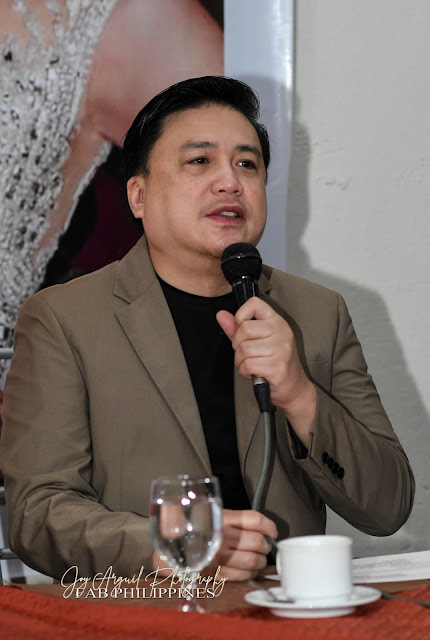 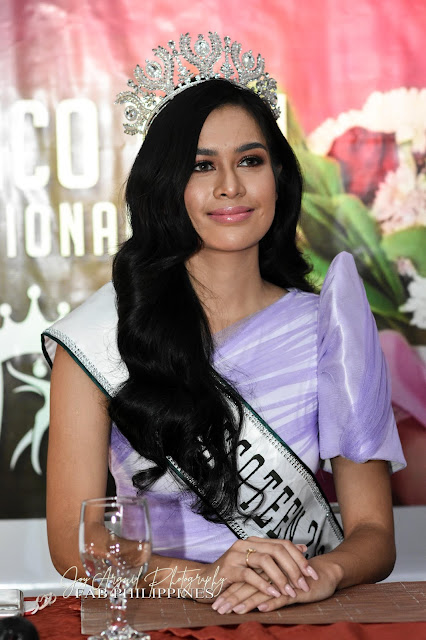 Svelte and stunningly statuesque, she is, after all, no stranger to the scene, having bagged quite a number of worthy titles, including Bb, Quezon City 2019, Mutya ng San Pablo 2019, CatWalk Philippines 2019and Miss San Beda 2020. 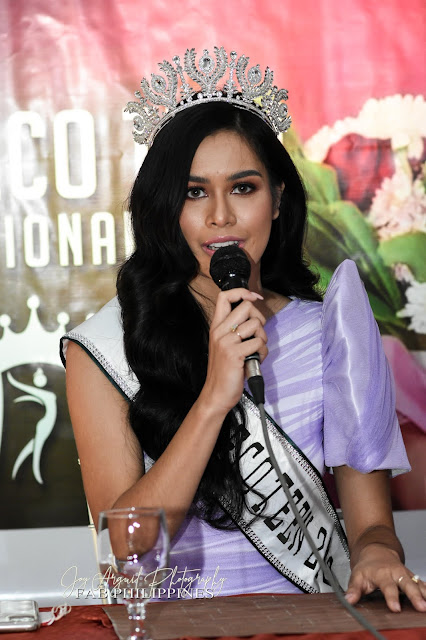 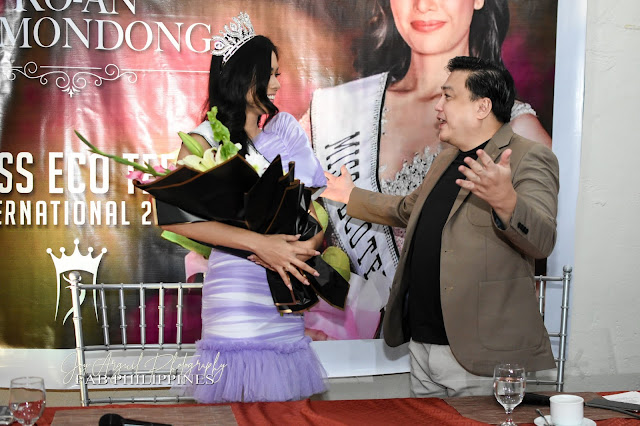 It came as no surprise when she romped off with the crown at the recently-concluded 202 Miss Eco Teen International pageant in Hurghada, Egypt, besting 35 candidates from across the globe. Pageant experts also point ouit that she is the first Filipina to have won a major title abroad since the start of the pandemic. 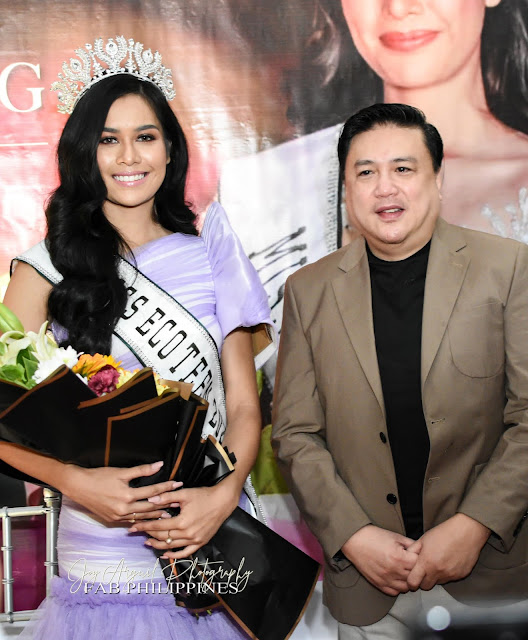 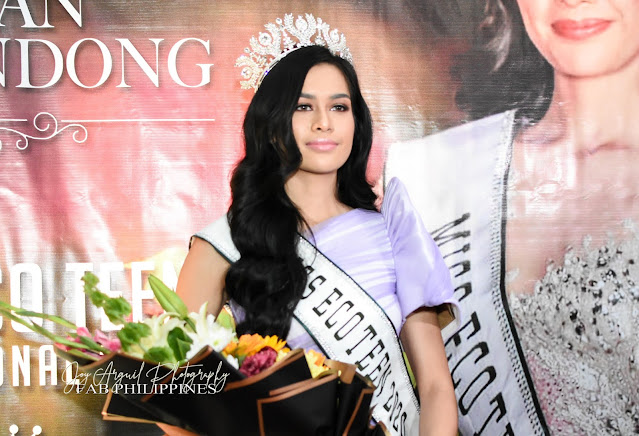 After all, she already causes quite a stir online when netizens, die-hard pageant fans and critics took notice of her queenly mien. She raised her stakes for the crown when she impressed judges in the pre pageant sorties by winning the Best Eco Dress award, and emerging 2st runner-up at the Beach Wear prime competition, and 2nd runner-up in the Talent competition. 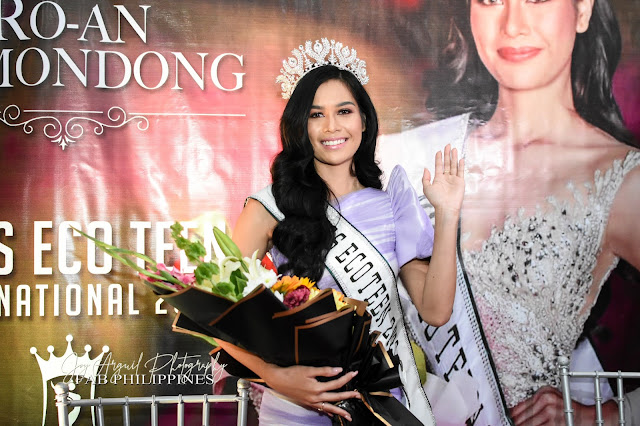 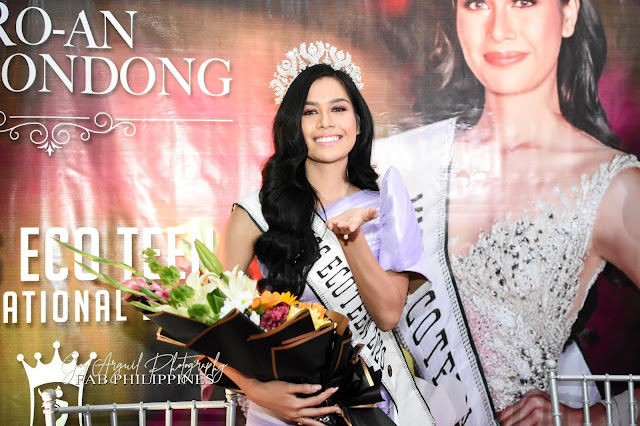 MWP National Director called her a clear standout who embodies all essential traits of the classic Filipina beauty, and an ideal role model for today's youth. 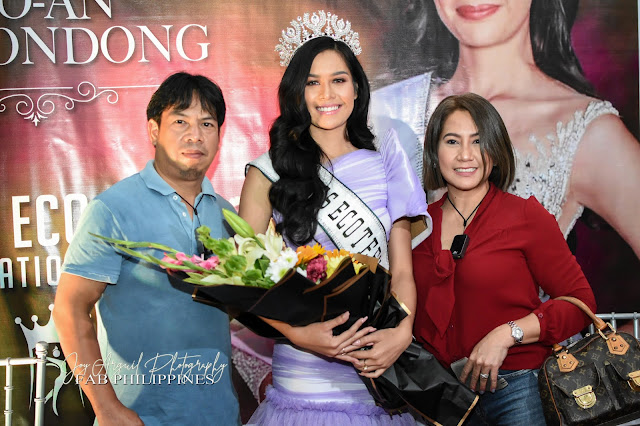 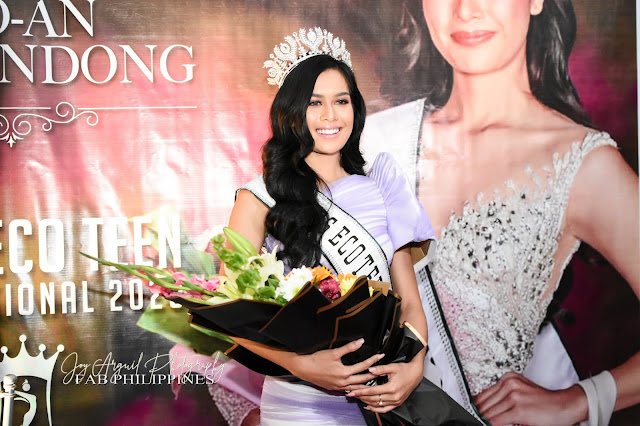 "it hasn't sunk in yet," Ro-An unabashedly confessed upon her much -awaited homecoming, visibly recharged and upbeat even after her two-day layover. 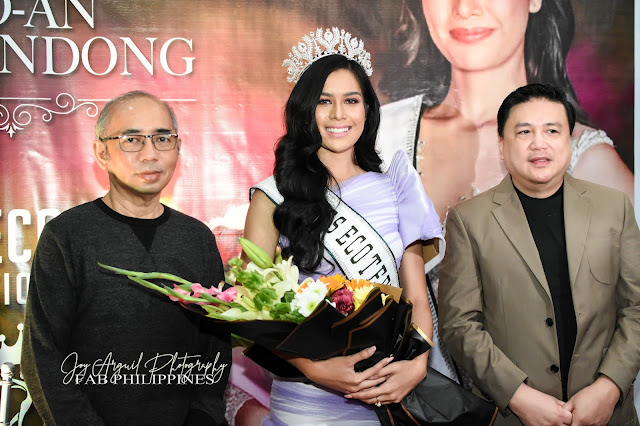 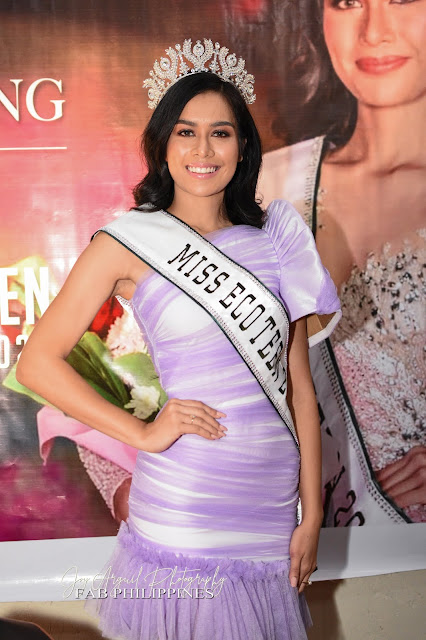 Asked to cite some of the highlights of her Egyptian journey, The San Beda coed admits to being awed by the country's rich culture and history . A quick tour around the Hurghada Museum was all it took to heighten her fascination for ancient artifacts. 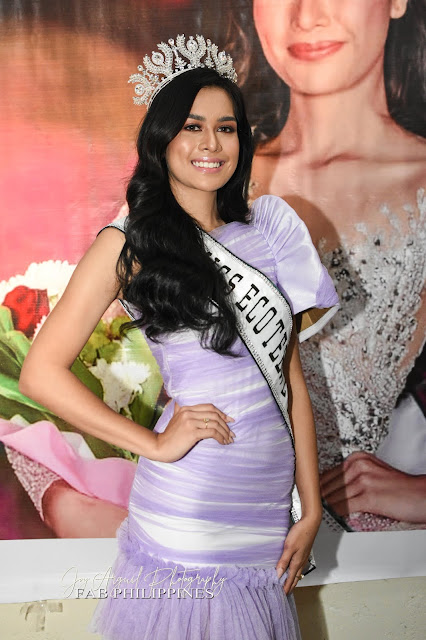 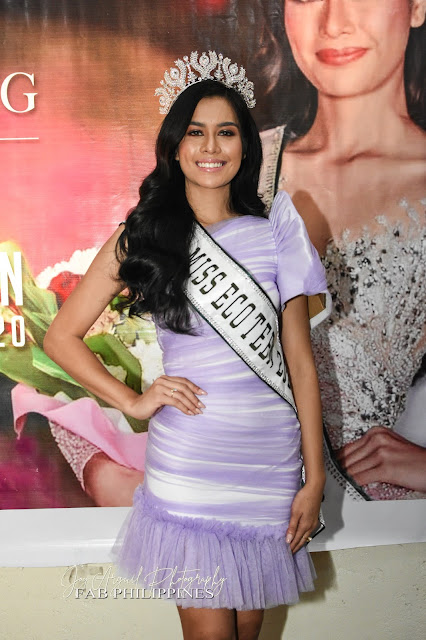 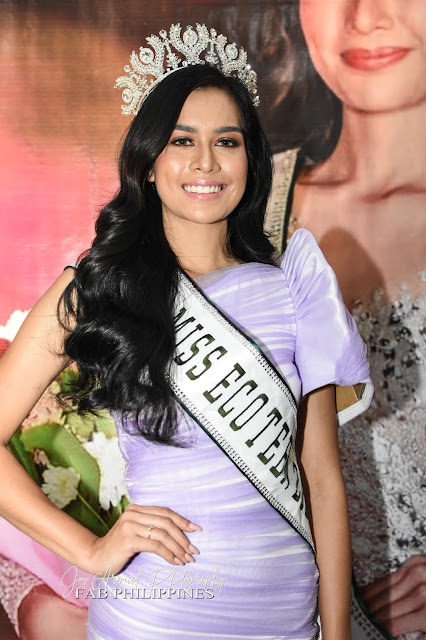