The new Miss International plans to continue reaching out to typhoon victims.
Miss International 2013 Bea Rose Santiago will be greeting all her fellow Filipinos in Makati and Quezon City today.The parade will kick off the Makati City Fire Station at 12:00NN, and will traverse Ayala Avenue. Bea's victory parade will continue at 3:00PM around Araneta Center and will culminate at the Gateway Pavillion, where fans and admirers can meet Bea up close. 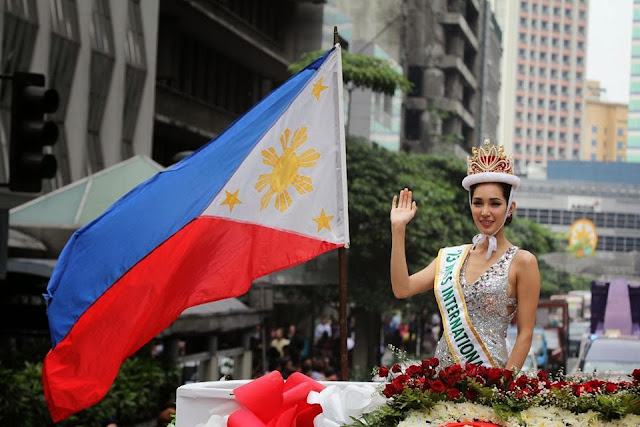 Bea has been very busy since she came back home last December 21. Upon her arrival, she was given a rousing welcome by the members of the press at the airport and at her official victory party last December 22 in Gateway Mall. On Monday, December 23, the new Miss International paid a courtesy call to President Benigno Aquino III.

On Christmas Eve, Bea brought about smiles to the residents of the Araneta Center Gawad Kalinga village, and the typhoon survivors and beneficiaries of the Department of Social Welfare and Development, Hero Foundation, J. Amado Araneta Foundation as she helped out in distributing gifts and food packs during the Disney on Ice presents Treasure Trove Charity Show. Bea has more gift-giving activities for calamity survivors lined up in the next few days. 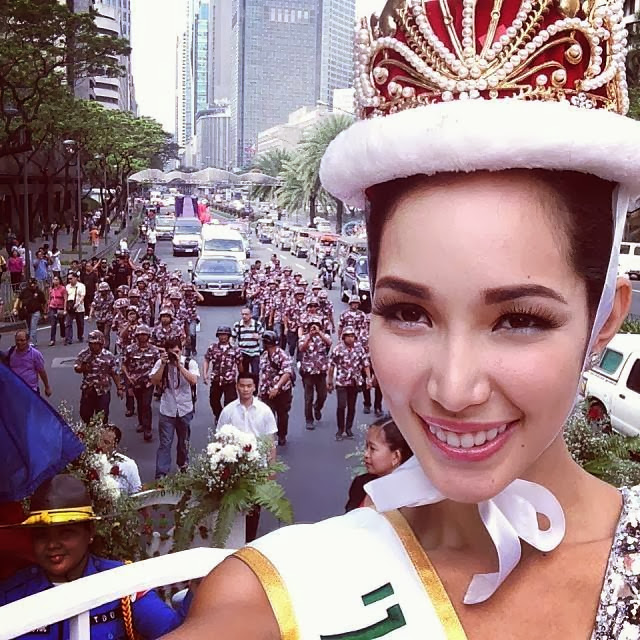