April 08, 2014
CQ Global Quest Inc., the official Philippine licensee of Mr. World Philippines, recently teamed up with Ayala Malls in conjunction with its search for this year’s official candidate for the 2014 Mr. World pageant, to be held in Torbay, London on June 15 this year.

The partnership aims to strengthen the country’s bid in the biennial competition owned and managed by the Miss World Organization, the same governing body behind the Miss World Pageant.

In 2012, world-class Filipino athlete and model Andrew Wolff did the country proud when he won 1st Runner-Up in the 2012 Mr. World pageant held in Kent, England.  Colombia’s Francisco Escobar won the Mr. World title that year.

“The best part of winning is bringing honor and prestige to our country,” exclaims the 28-year old athlete. “We’ve done that with the Volcanoes, and it’s great to have done it again for a worthy cause. As the Mr. World organizers say, it’s all about ‘beauty with a purpose.’ It’s not just about beauty as such, or having the best abs or the prettiest face.”

Aside from the usual categories, which included Style, Sports, Talent and Extreme Sport, the 2012 Mr. World introduced a new category, Multimedia, where contestants had to earn Likes in their respective Facebook pages, and come up with an impressive multimedia presentation about a specific topic assigned to them.

Undoubtedly, the country’s participation in this year’s Mr. World competition is greatly inspired and fueled by Megan Young’s historic feat last year, when she made local beauty pageant history by winning the elusive and highly-coveted Miss World crown.

Headed by Julia Morley as chairman, the Mr. World pageant is open to all men from ages 17 t0 27, and attracts over 70 participating countries worldwide.

She says, “Mr. World is all about brains, brawn and personality, and I am confident that this year’s representative will keep up the Philippines’ winning streak in the global arena.

For his part, ALV Events International president Arnold Vegafria as the Chairman of Mr. World Philippines 2014 Search and Production believes that it’s only a matter of time before this prestigious global quest for exceptional males will be just as popular and trendsetting as the country’s annual beauty pageants.

He affirms, “As a country known for its beautiful women, I think that it’s only fitting that we focus the spotlight this time on our distinguished men who not only look good and carry themselves well with pride and dignity, but also uphold the traits and values that embody the resilient Filipino spirit.”

Ayala Land is a top real estate developer in the Philippines that owns several residential and commercial developments. Ayala Malls is one of its affiliates, offering exceptional shopping and leisure experiences in the communities they serve. To date, there are 12 Ayala Malls nationwide. 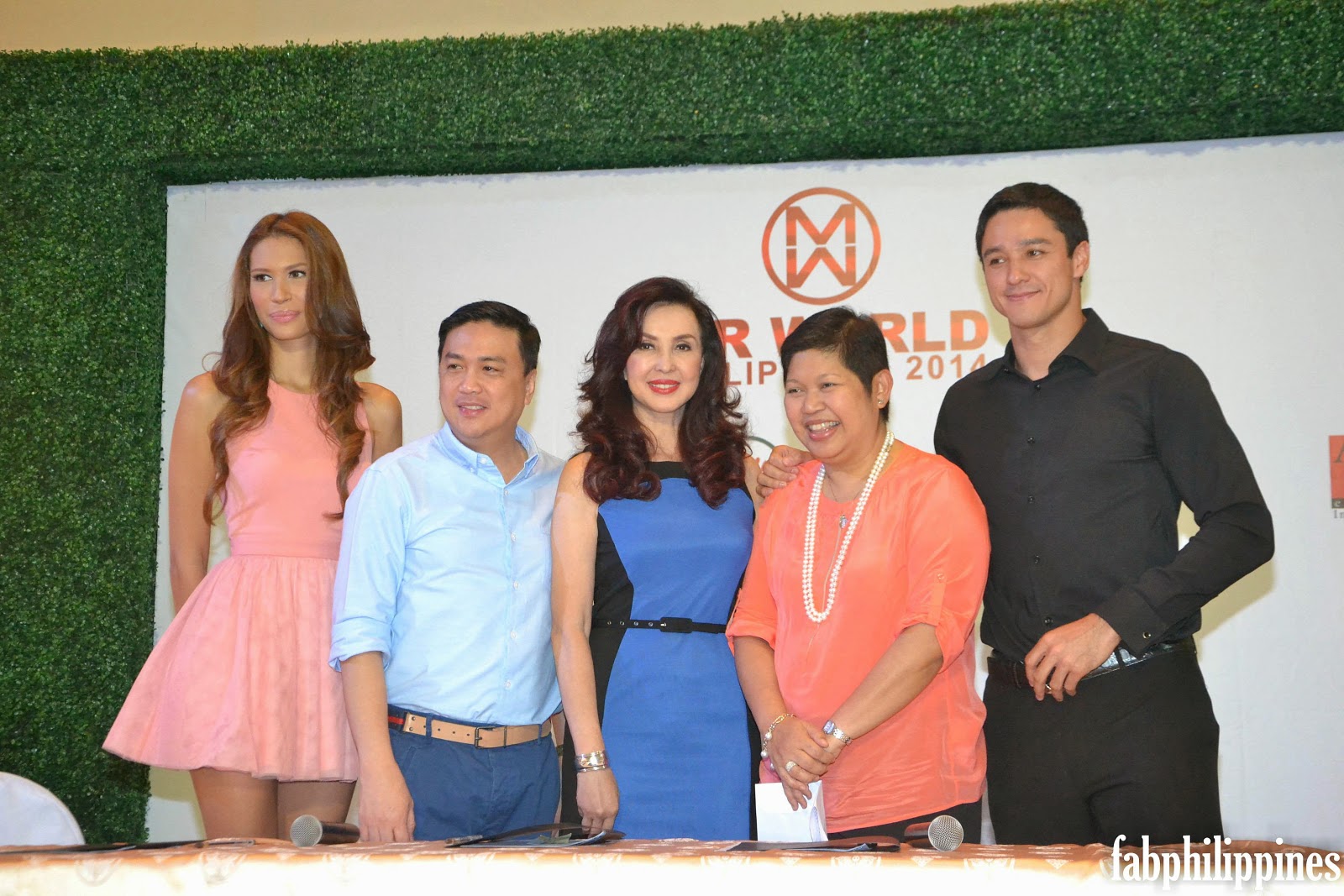 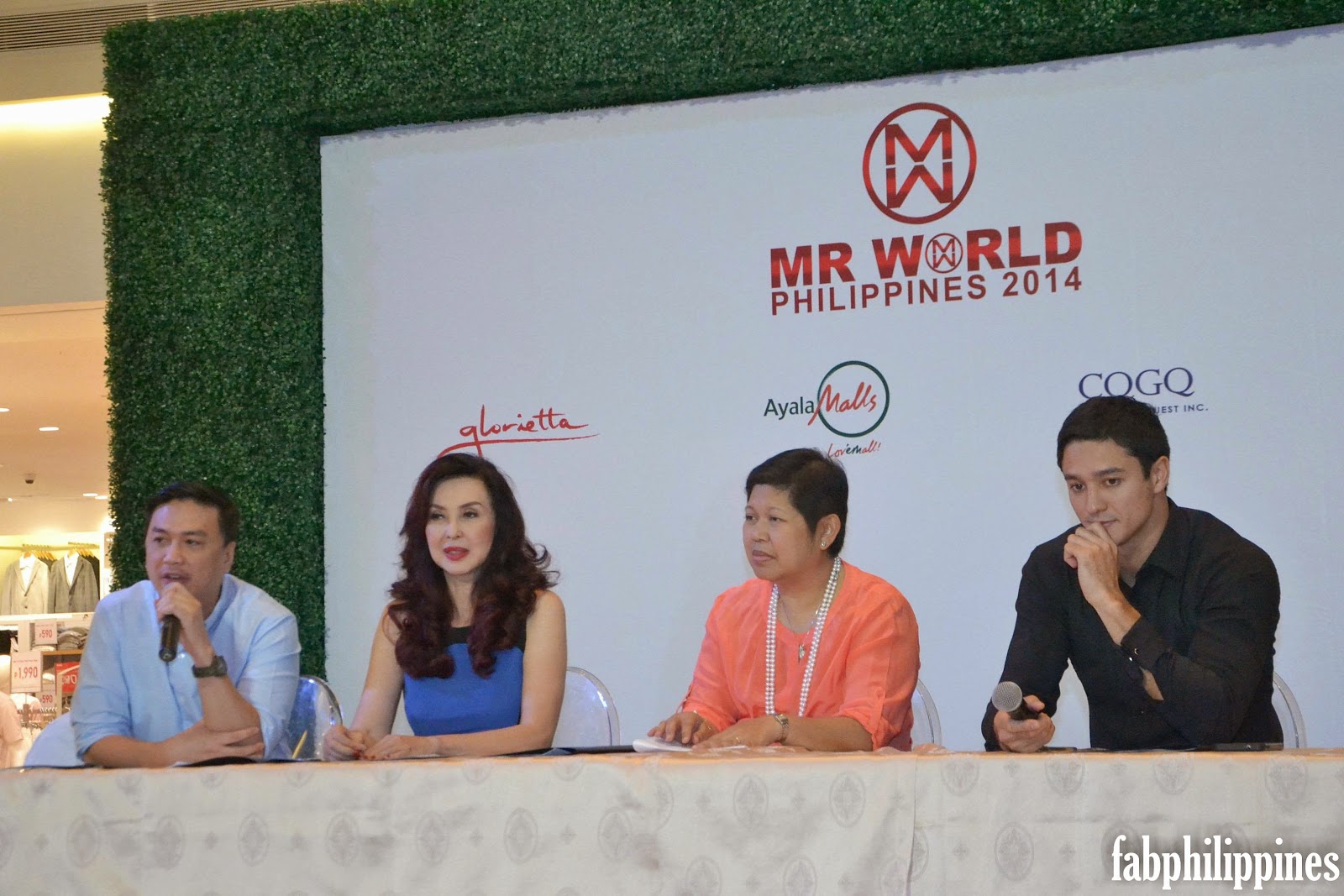 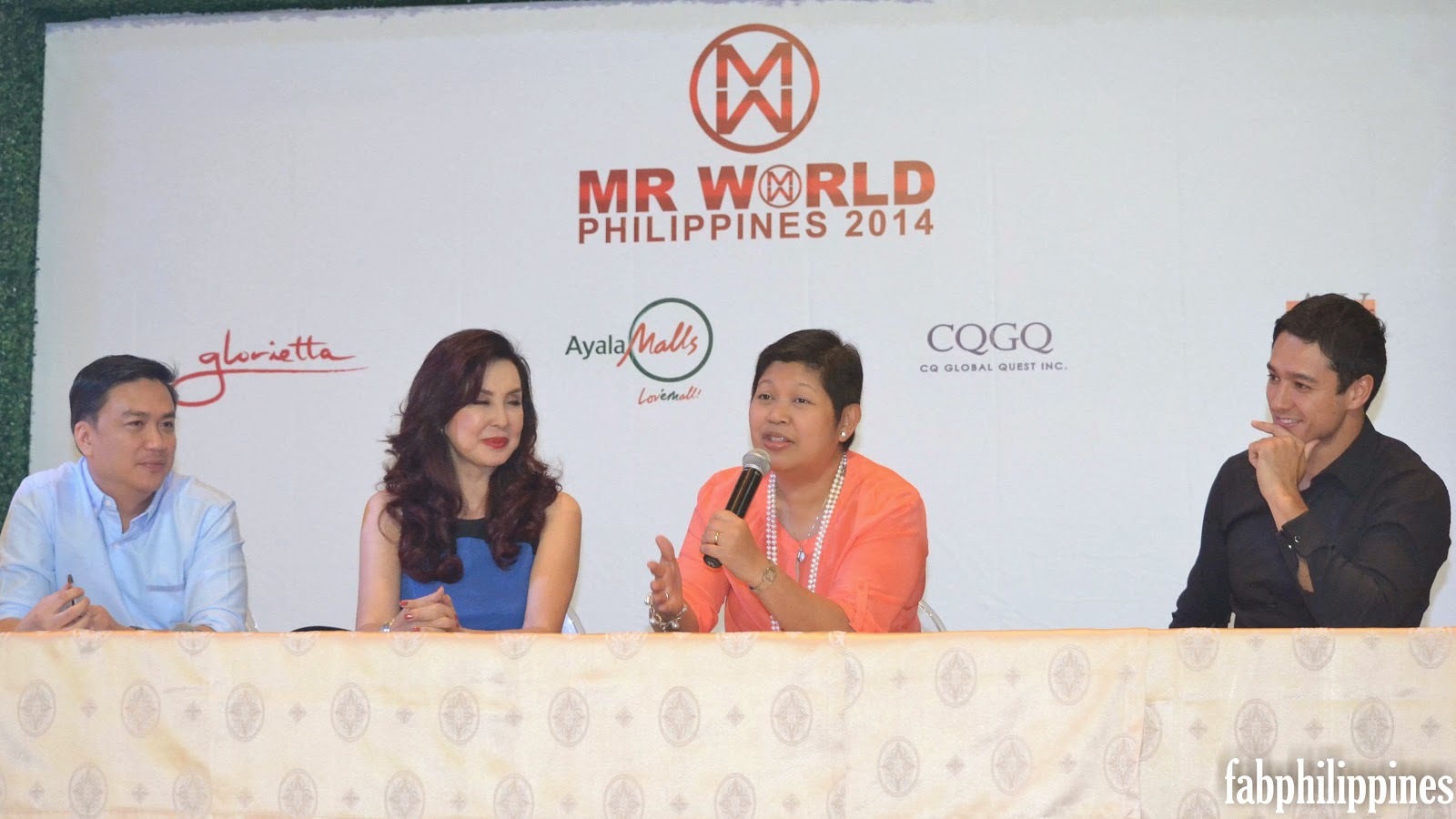 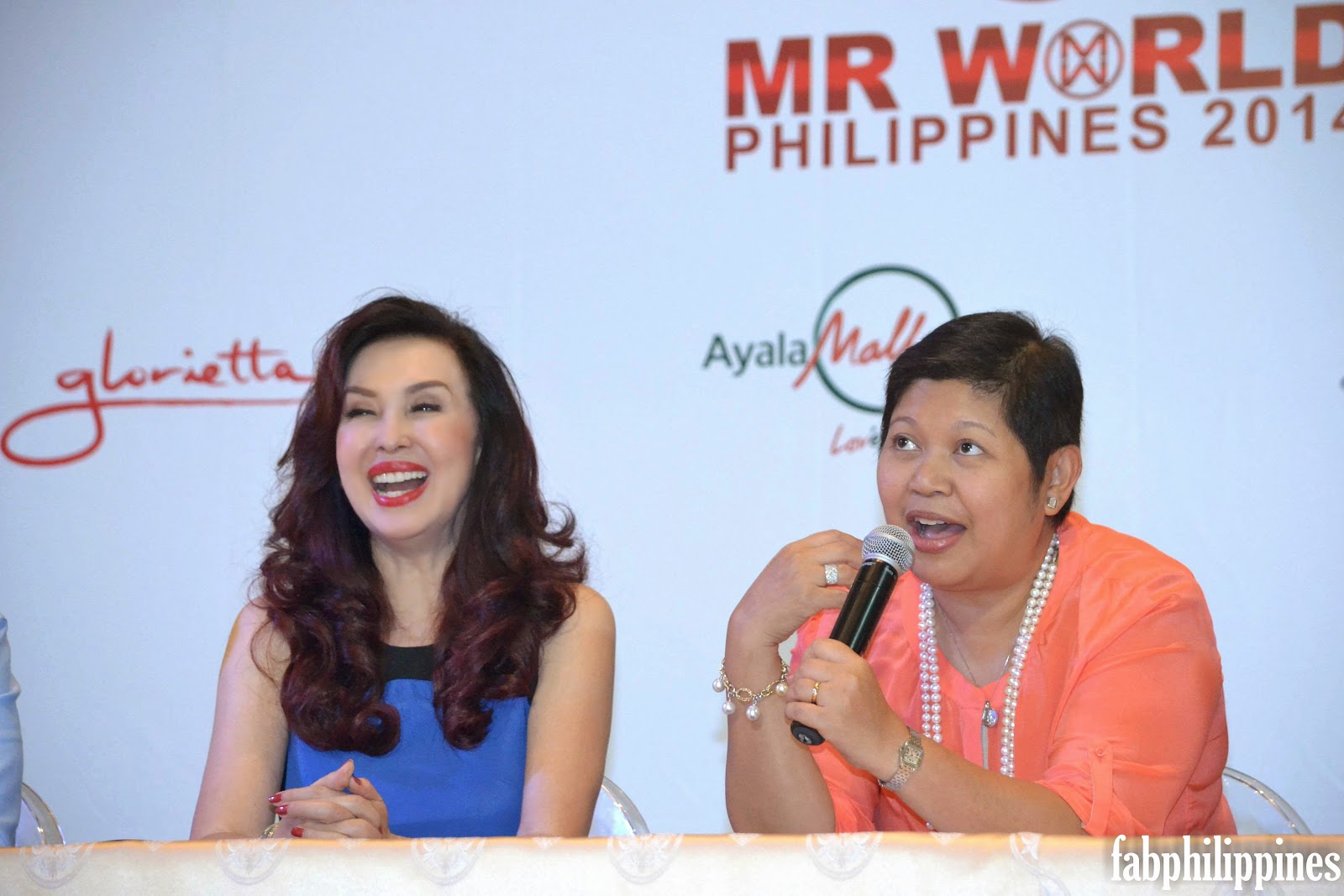 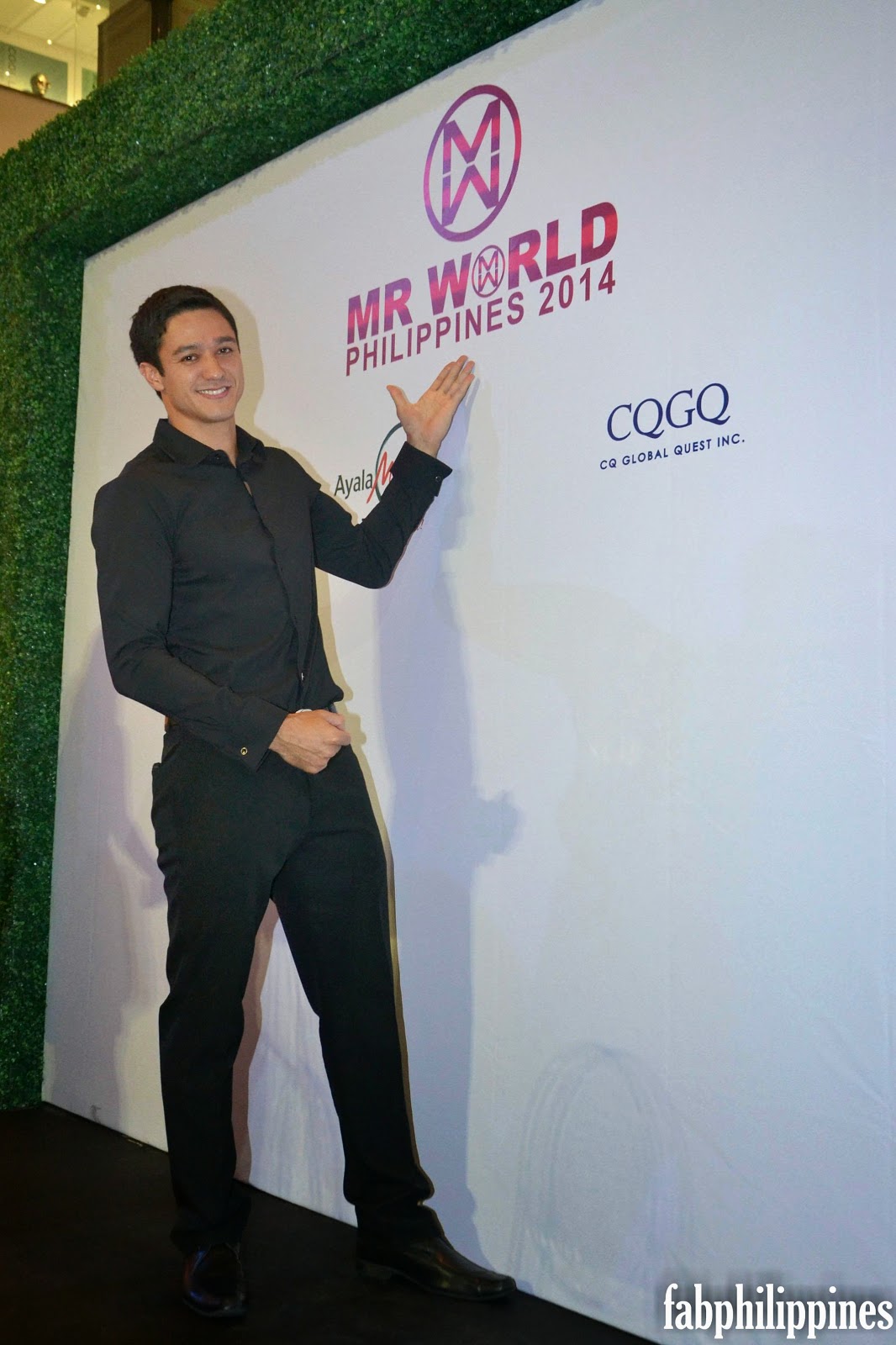 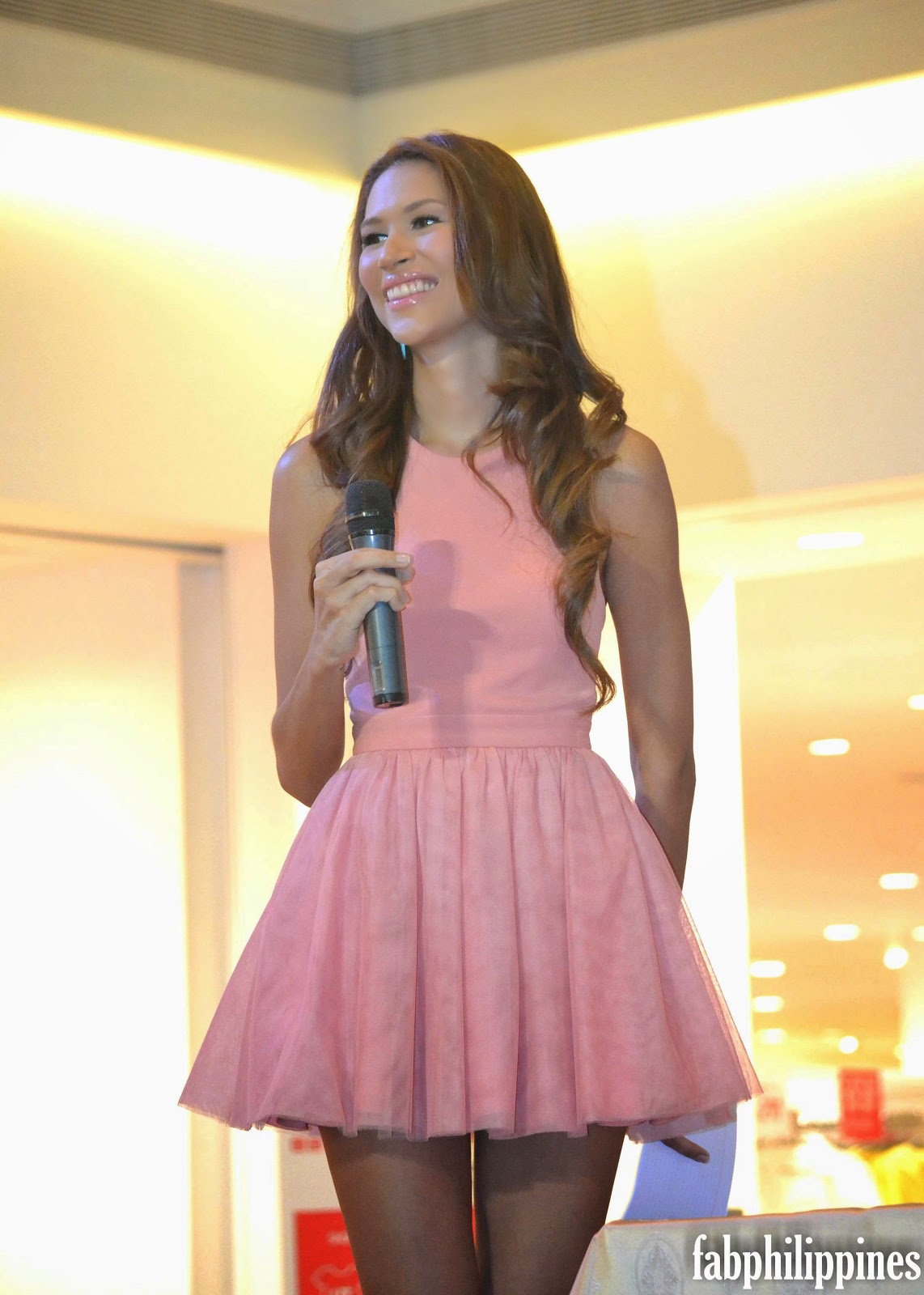 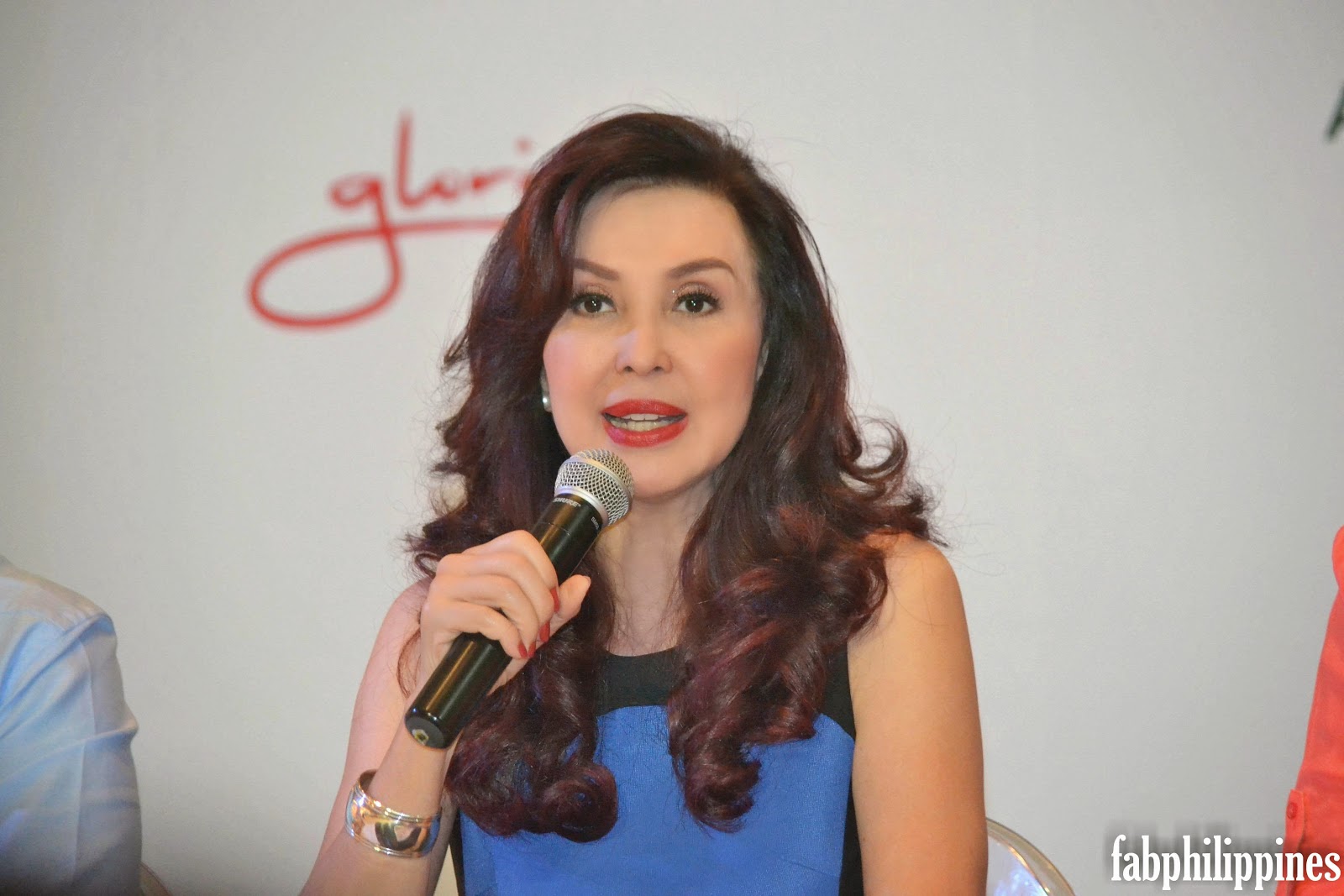 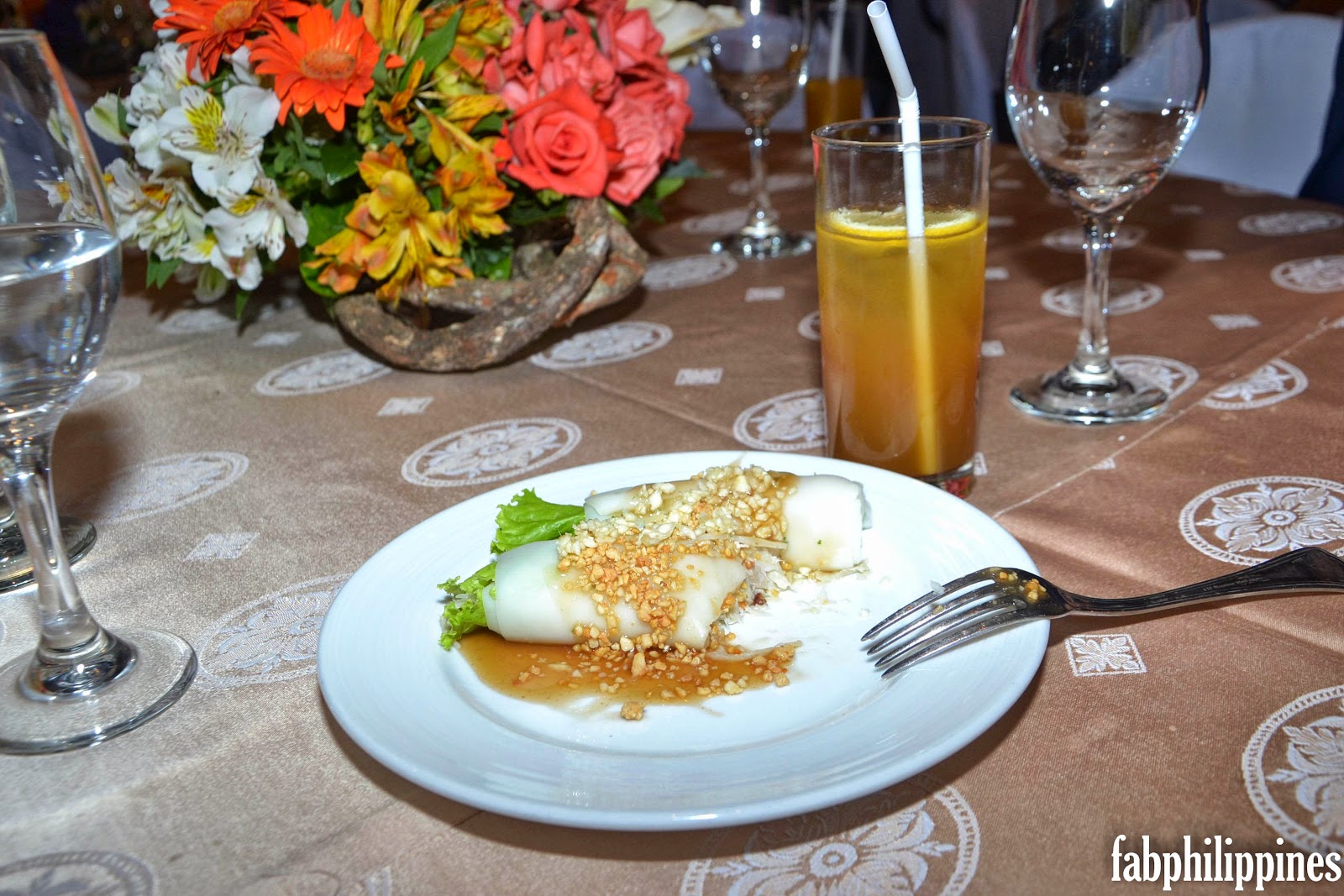 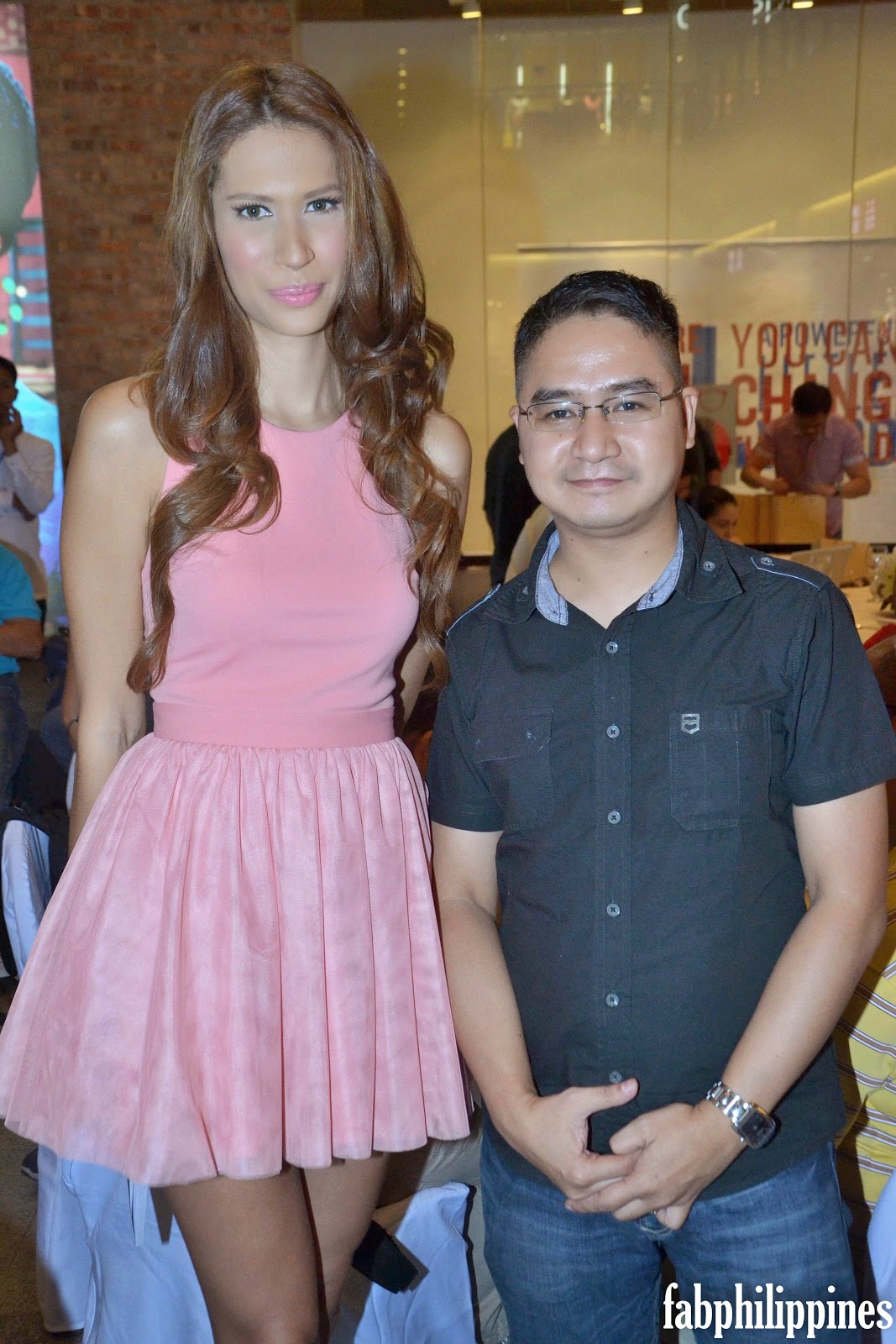 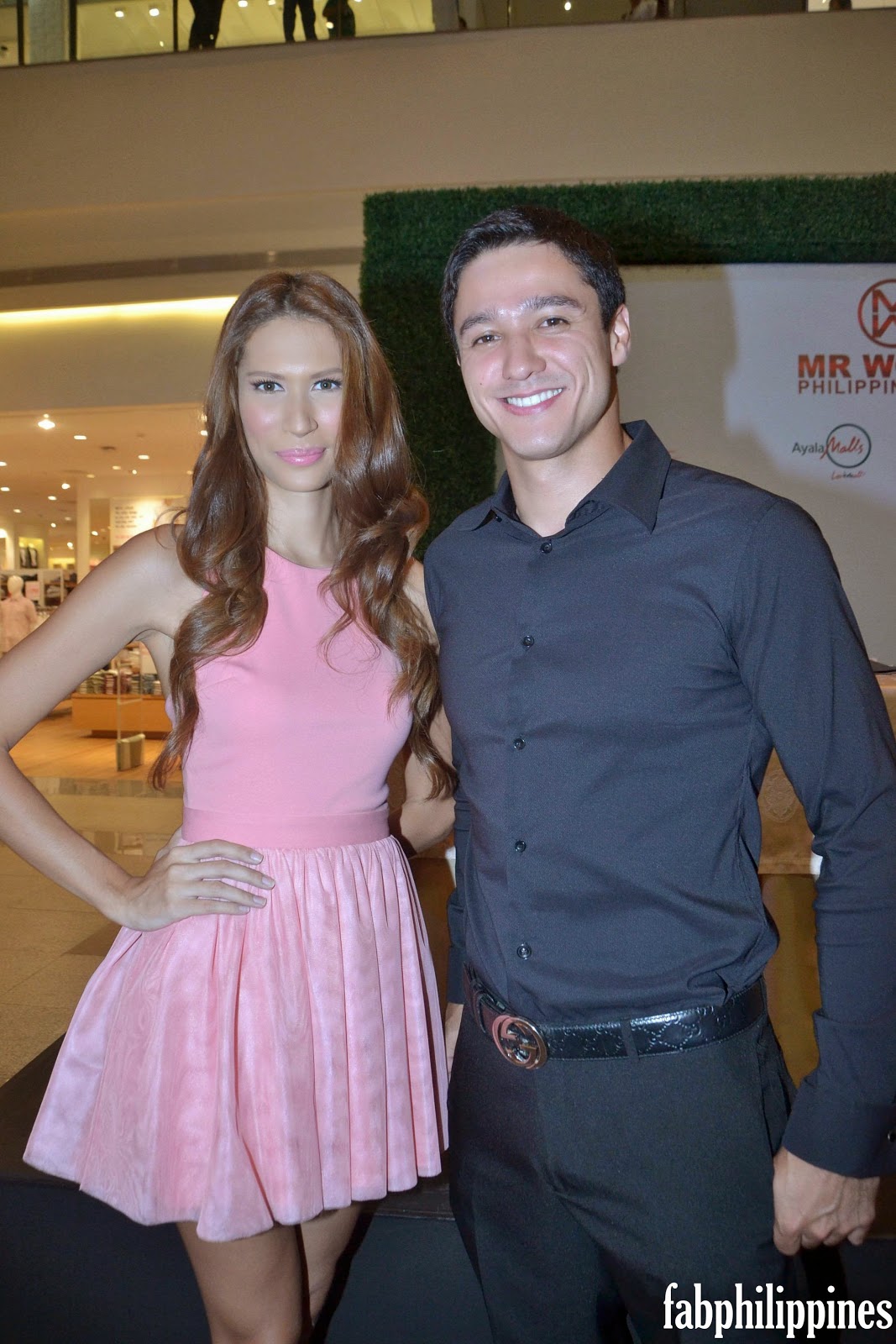 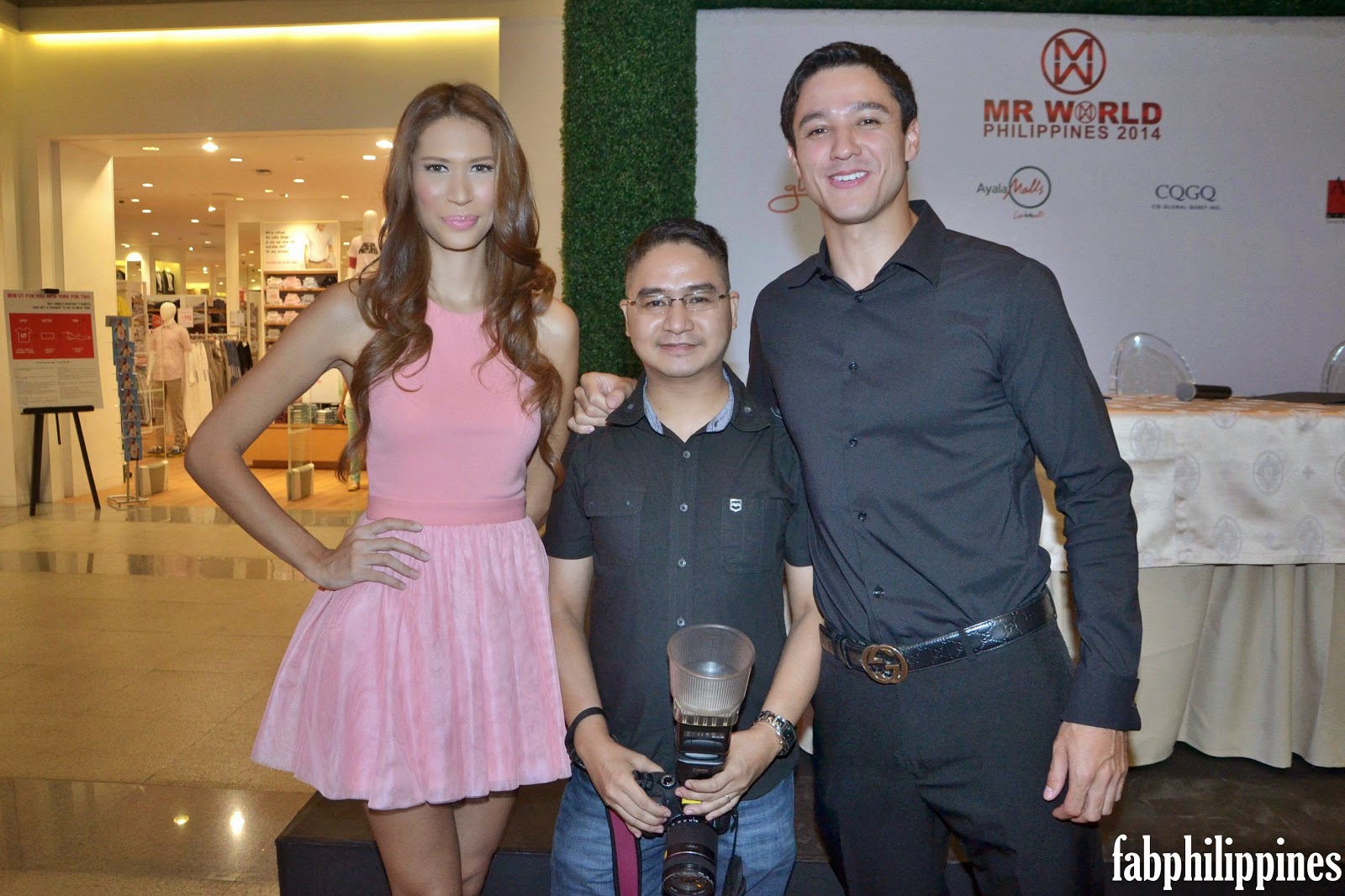 The TV airing for the 2014 Mr. World Philippines pageant will be announced soon.
Press Conferance