I've known Jojo Bragais since 2016. He was introduced to me by Sir Norman Tinio. I was so shocked that the owner of Bragais shoes was so young and artistahin pa😍. I immediately took a photo of him and that's were it all started. He was already calling me Tita Joy and he was asking me photos ng Binibinis wearing his shoes
Bragais at the Araneta Coliseum
“The Greatest Shoeman” | How Jojo Bragais started BRAGAIS SHOES | MISS FASHOENISTA Episode 1 | Bragais TV

Sa dami ng napagdaanan niyang highs and lows, lahat yun nalampasan nya. He is now known in the world of pageantry not only locally, but also internationally. Even well-known celebrities wore his shoes and yet he's still so humble and grounded. 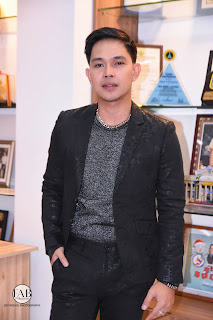 Miss Fashoenista is a docuseries that chronicles the rise of world renowned Bragais Shoes, plus an insider access to the most prestigious pageant in the Philippines, including #Binibining Pilipinas.